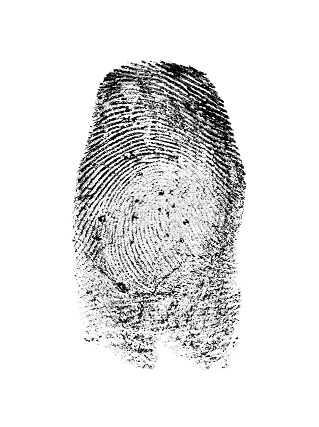 The idea that consumers own their private financial information can be traced to an early 1970s California state constitutional amendment adding ‘privacy’ to guarantees of life, liberty, and other inalienable rights. While financial privacy is not explicitly mentioned in this original amendment, California courts have determined that it is included.

Only relatively modest consumer protection measures have been adopted at the federal level. Most notably is Title V of the 1999 Gramm-Leach-Bliley Act. Title V’s requirements include a measure that prevents unauthorized disclosure of customers’ nonpublic personally identifiable financial information (NPFI) and disclosure of sharing practices.

Other states have addressed some of the perceived gaps in GLBA. In 2001, Vermont enacted the Financial Privacy Act — notable in that it requires a financial institution to obtain affirmative consent (an “opt in”) from a consumer before sharing his or her information. As under GLBA however, the act applies only to financial companies and information and includes a number of exceptions. While Vermont has since updated the law, and created other legislation to protect consumer privacy, there has been a scarcity of legislation with such sweeping implications until recently.

California recently adopted the California Consumer Privacy Act (CCPA), which becomes effective on January 1, 2020 (albeit with numerous amendments to the original proposal). The CCPA goes much further than either GLBA or Vermont’s statute. It covers virtually any business that collects personal information —not just financial information— from consumers in California. Most notably, the CCPA will give consumers broad control over the sale and use of their data. Beginning January 1, California will lead the nation in consumer information privacy protection. But that may soon change.

If adopted as proposed, the New York Privacy Act (NYPA) would make New York the national leader in consumer data protection. Key differences between the CCPA and the NYPA include:

A fiduciary standard of care is considerably more stringent than that of an ordinary breach of contract or negligence case. Examples of this relationship include that of business partners, corporate directors, and employers.

Existing statutes further define the duties of a fiduciary in other contexts. It seems reasonable to expect that reference would be made to these definitions, especially in private litigation. For example, Section 5-1505 of the General Obligations Law, which deals with powers of attorney, lists three duties of a fiduciary not otherwise enumerated in the act:

Prospects for Passage of the NYPA

It remains to be seen whether industry groups will be able to defeat A08526 in its entirety or achieve significant revisions. As under the CCPA, the private cause of action seems a likely target for lobbying efforts, as does the imposition of a fiduciary duty on data custodians.

In August, AB 8526 was referred to the Assembly Committee on Consumer Affairs and Protection.

Today is the first day the California Consumer Privacy Act (CCPA) will be enforced by the California Attorney General.  While most compliance departments should by now know the basics of CCPA, there are many nuances to the landmark data privacy law that are covered in a new webinar hosted by ADCG with input from experts…
To access this post, you must purchase Student, Government or Professional.

Opinion: The Dangers of a Sovereign Internet